Lake Garda presents its pearls to travellers, one of them is the town of Desenzano. The city is located in a panoramic, beautiful place, at the foot of the Moraine Hills, which extend to the west of Lake Garda.

The history of the town is rich and goes back to the Bronze Age, when the first settlement stood on the present territory, which lived in small buildings.

On the territory of this city, many archaeological expeditions and excavations were carried out. The exhibits that archaeologists found were able to tell a little about the culture and traditions of the settlement. As it turned out, their life was very primitive.

But only with the advent of the Republic of Venice made the city flourish, the first half of the 19th century was a breakthrough in culture, economics, the expansion of trade routes and the construction of architectural structures. All trade routes united in the city, making it a serious shopping center.

Today, travellers come here to admire the ancient buildings, majestic mountains, imbue the amazing atmosphere of the city and learn fascinating stories about traditions and culture. In addition, it has a pleasant climate, which allows you to even more enjoy viewing art treasures.

Besides the fact that the city is full of architectural monuments and attractions, it is beautifully landscaped. Here, stunning landscapes and panoramas, the fragrances of cypresses and olive groves give Desenzano even more romance and comfort. If you want to visit one of the most picturesque towns of Lake Garda, then this tour will provide you with such an opportunity.

Palm trees, olive trees and an oleander grow throughout the city, and due to the fact that the city stands on a hill, you can grow grapes here, which is what the locals do.

You should definitely visit the romantic town and visit the Piazza Malvezzi. Here you can look at the ancient architecture and visit souvenir shops to buy yourself and your friends a few gifts as a keepsake. During this tour you will get acquainted with the amazing city of Desenzano and the stunningly beautiful corners of Lake Garda.

The fairy reality of a small medieval port. 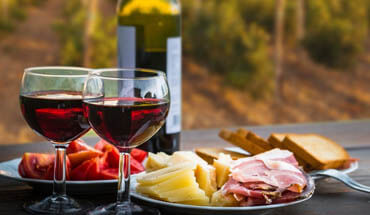